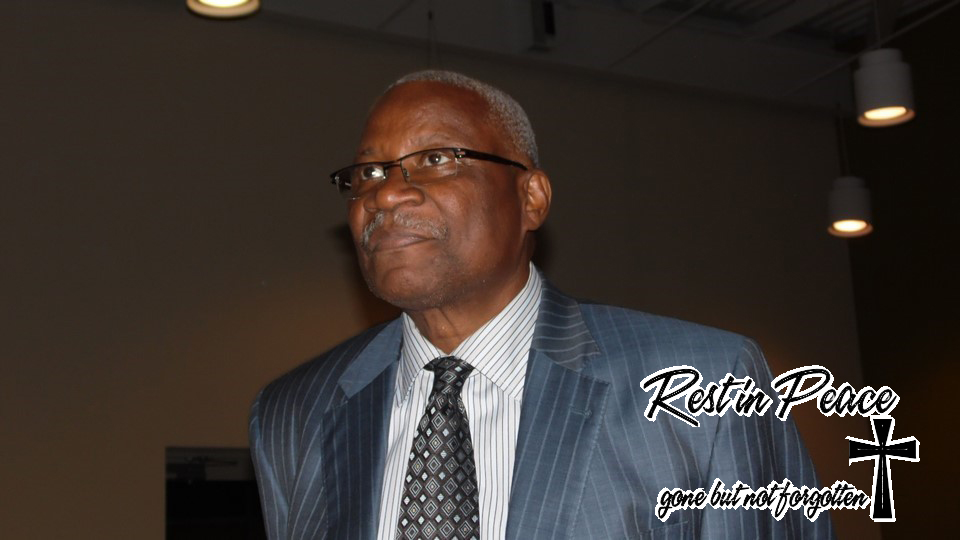 It is with profound sadness and regret, we announce the sudden home-going of Honourable Ambulai “AB” Johnson, Jr., on Tuesday September 20, 2016. “AB” was a proud graduate of the Class of 1969 of The Lott Carey Baptist Mission School. He was the former Minister of Internal Affairs of the Republic of Liberia from 2006-2009. He was also a former professor of Economics at the Cuttington University and the University of Liberia.

May you Rest in Perfect and Perpetual Peace Fellow LCM Lion.

The remains of Hon. Johnson will be flown to Liberia for the funeral service and interment. Date and time will be announced later.

Meanwhile prior to the body’s departure from the USA, a memorial service is slated for Friday, September 30, 2016 at Friendship Missionary Baptist Church located at 3400 Beatties Ford Road, Charlotte, North Carolina 28216. Viewing will begin at the church from 10:00 AM to 12N followed by a service from 12N to 1:00PM.

CONTACTS IN THE USA

Because the body will be flown to Liberia, we ask that no wreaths or flowers be presented. 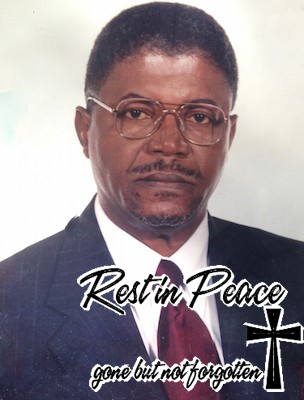 It is with profound regret that the Walker and Dennis Families announce the passing of their beloved father, brother, grandfather, and cousin the Reverend Dr. Jeremiah Winslow Walker. This sad event occurred on September 11, 2016 at Wake Medical Center in Raleigh, North Carolina.

"He is survived by his children Jeremy D. Walker, Nelson D. Walker, Christie G. Walker-Selby, Fahnsopia W. Walker and Florence J. Walker, and a host of foster children, his siblings Evelyn Walker, Charlotte Allen and Joseph Walker, grandchildren Nathaniel Selby and Asha Walker, several nephews and nieces, and a host of other relatives and friends in the United States and Liberia."

Daddy, Uncle Jerry, Cousin Jerry, Boy Jerry was not only a Jewel in his family but an outstanding citizen. Dr. Walker was the longest served Superintendent Principal of the Lott Carey Baptist Mission School in Brewerville, Liberia. He was President of the Liberia Council of Churches, President of the Inter-Religious Council of Liberia. He served as Special Assistant to Rev. Dr. William R. Tolbert, when Tolbert served concomitantly as Vice President of Liberia and the first black man to be president of the Baptist World Alliance. Most recently Dr. Walker was on the Truth and Reconciliation Commission and received The Desmond Tutu Peace Prize for his role in helping to bring peace to Liberia.

Date of Viewing and service:

The remains of the Late Rev. Dr. Jeremiah Winslow Walker will be laid to rest on October 8, 2016 in Careysburg, Liberia)

Contributions made to the country of Liberia by former Charles City missionary Lott Cary nearly 200 years ago continue to impact the nation today. And on July 11, more than 30 alumni from a school that resulted in his work celebrated in Charles City.

Saturday morning’s program brought more than 200 attendees into the auditorium of Charles City’s Government and School Board Administration building. The gathering was part of the 17th reunion of the Lott Carey Alumni Association of the United States.

Director of the Richard M. Bowman Center for Local History Judy Ledbetter provided an educational background on Cary’s importance and journey. According to the historian, many facts depicted in Cary’s life growing up were “slightly” exaggerated, but reemphasizing the importance he played in Liberia becoming a nation.

“No matter if you said he was the first missionary or African-American missionary to go abroad, Lott Cary’s contributions to the nation were undoubtedly impactful,” said Ledbetter.

She continued, mentioning how certain things came to pass, such as Cary’s last name spelled two different ways and how he inherited money from his father after his death.

Cary worked from 1804 in a tobacco warehouse until purchasing his freedom in 1818, according to Ledbetter. From there, he and his family left in 1821 for Africa, arriving in Sierra Leone before settling in what is now known as Liberia. Among the recognizable achievements by the missionary include establishing a church in 1825 and implementing the first educational system. Despite Cary’s early passing in 1828 due to a gunpowder explosion accident, the foundation was set for future generations. In 1839, a stone sanctuary was constructed inside the church he first founded. In 1908, the Lott Carey School was founded to educate natives of that land. Both structures are still standing to this day.

Since its establishment in 1998 in North Carolina, the Lott Carey Alumni Association of the United States has gathered once a year to celebrate the missionary and his impact. The association is comprised of former students of the school in Liberia who now reside in the United States. Many of the alum return to their home country in efforts to promote education and reiterate the importance Cary made.

“I wouldn’t call him [Cary] a slave; he’s a master because he built lives,” said Varmuyah Kromah, President of the Lott Cary Alumni Association. “The idea of coming to visit his home was something we had to do.

“Cary was not just a reverend, but he was a doctor as well,” continued Kromah. “There is a town in Liberia named after him, as well as a street in the capital and a mission.”

Kromah went on, saying how students who graduate from the educational facility in Liberia named after Cary go onto successful careers.

“We are not only happy, but we are blessed by this county that he came from to send him to Liberia,” added Kromah. “We are proud of the Rev. Lott Cary.”

The program unified entities both locally and globally through song, feasting, and education, something Kromah emphasized at the conclusion of the program.

“He is a man that has made a difference to those in his homeland in the United States and only expanded it through missions to Liberia.” 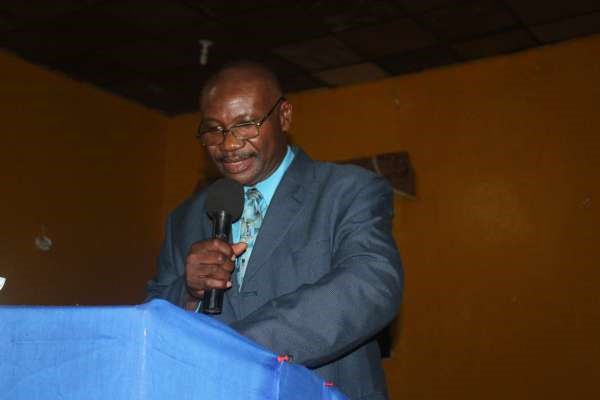 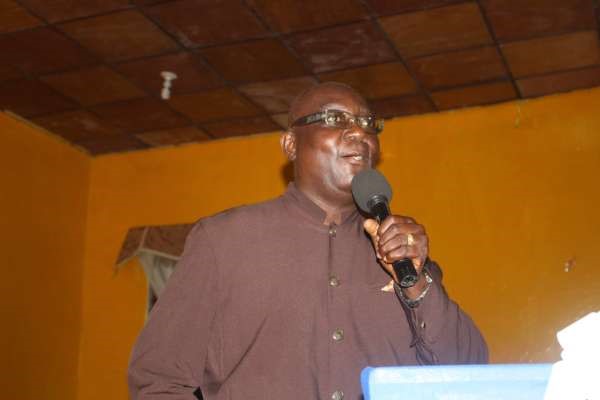 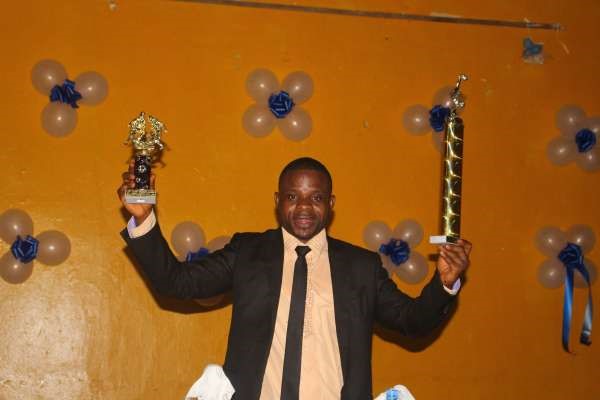 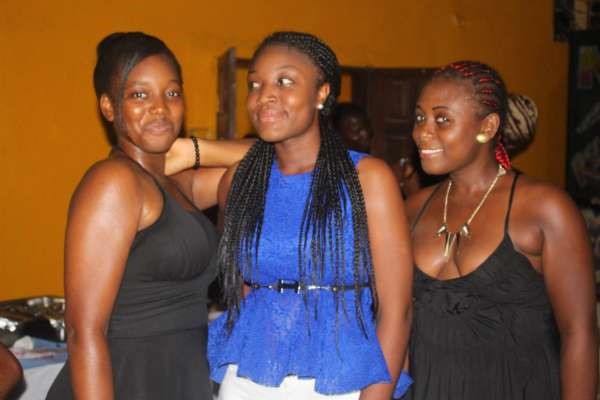 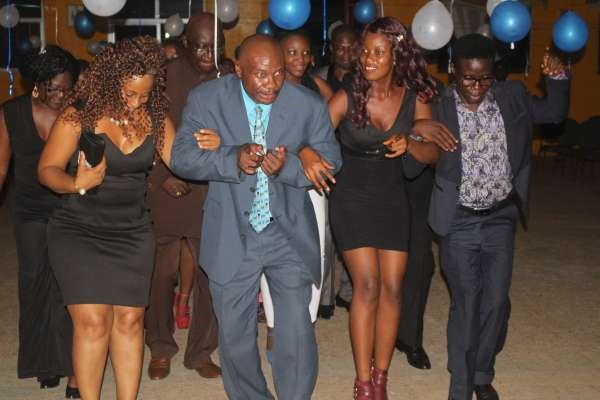 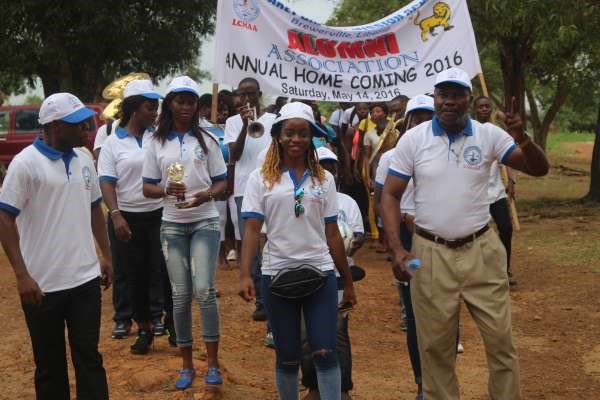 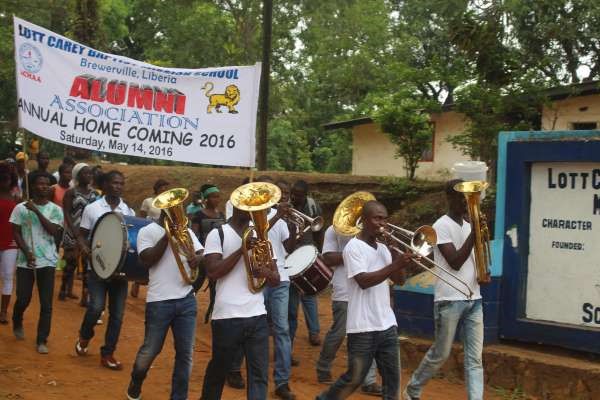 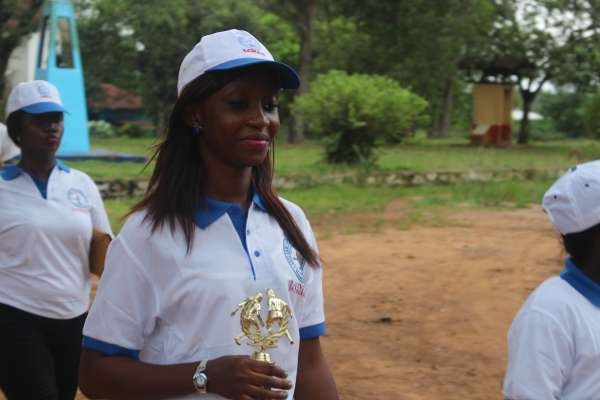 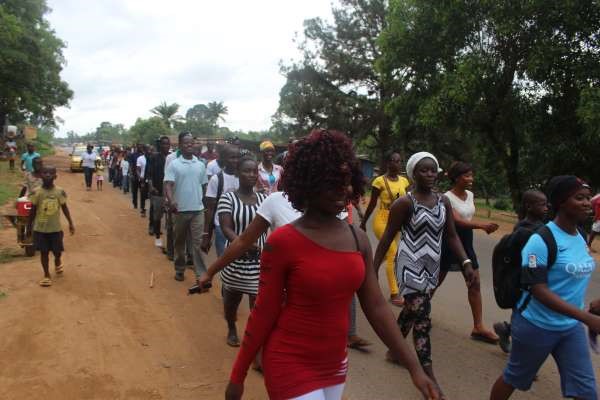 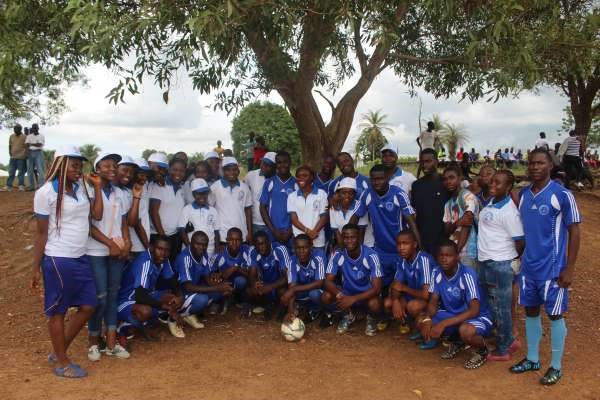 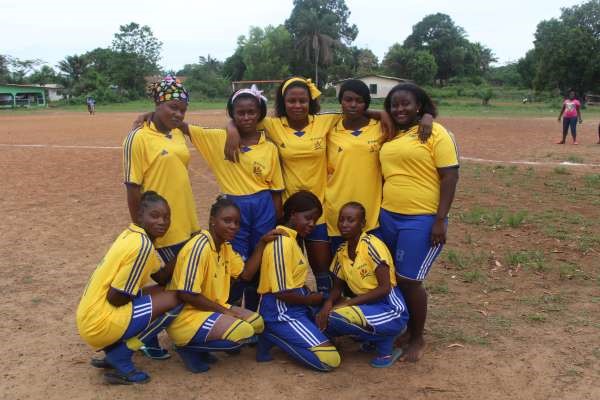 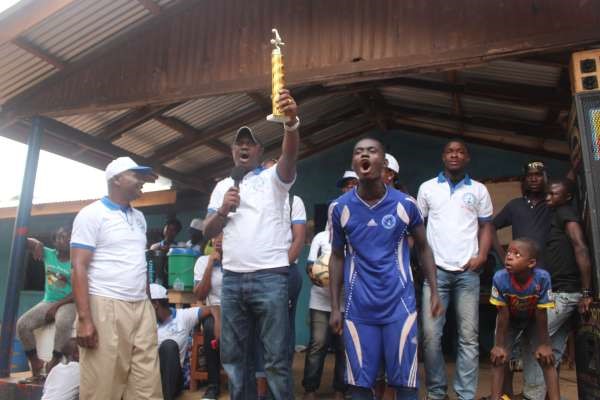 The Lott Carey Mission Alumni Association-Liberia (LCMAA-Liberia) has embarked on a robust campaign to support future Renovation Projects on the campus of our dear Old Alma Mater. The Renovation Rally featuring eight High School Choirs was their 1st Fund Raiser Concert held on Sunday, April 24, 2016 in the LCM chapel.

Pictured below are images of a few of the choirs and the Lott Carey Alumni in attendance, with Superintendent Sam-Peal (in blue top). 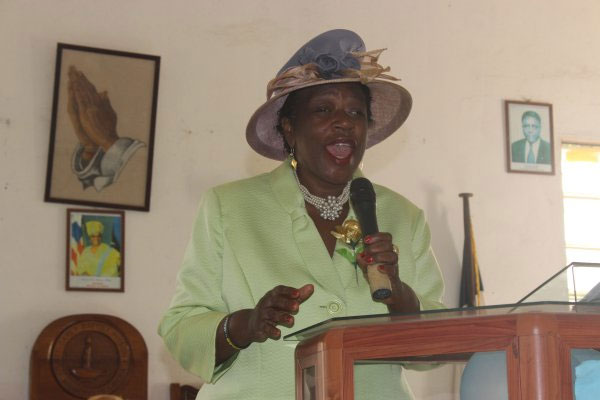 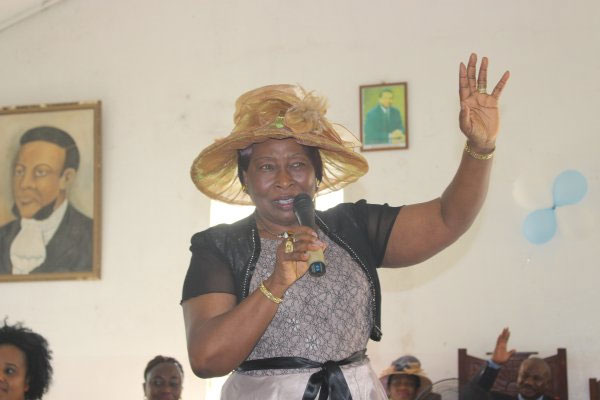 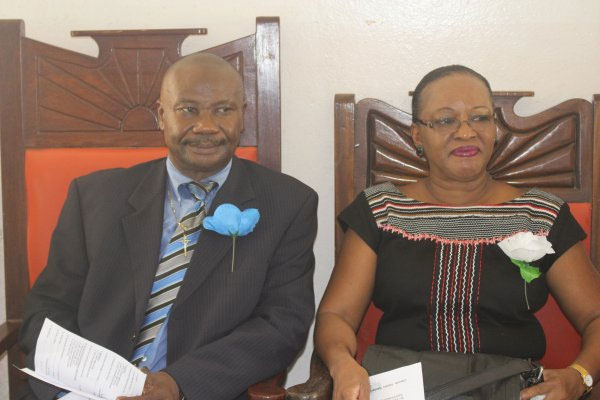 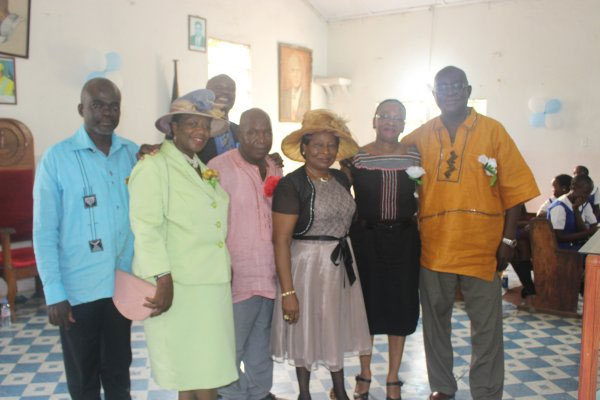 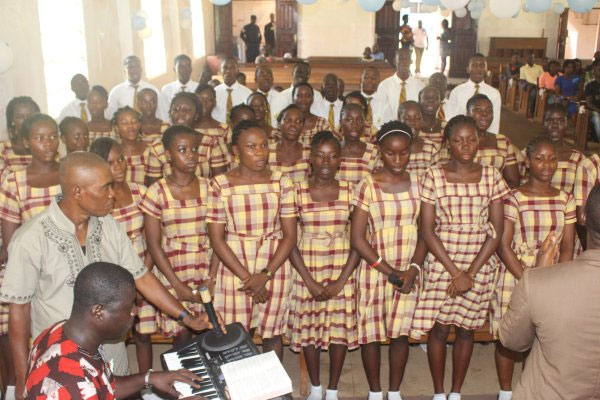 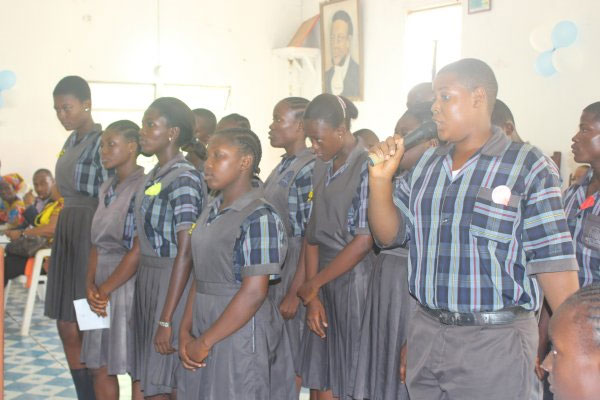 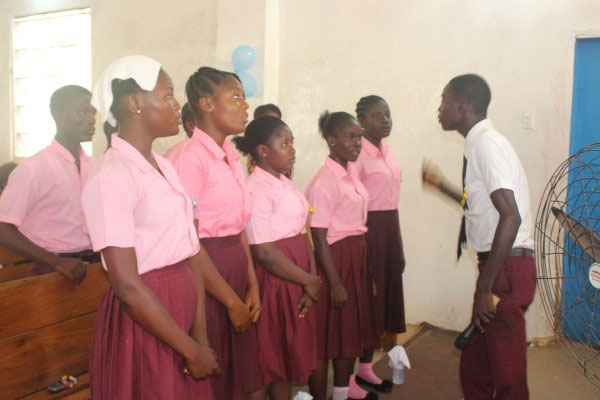 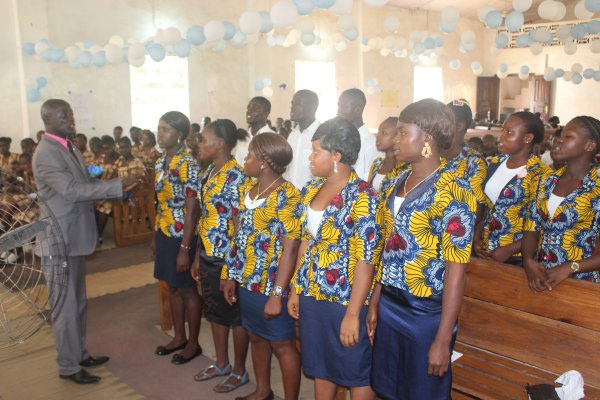 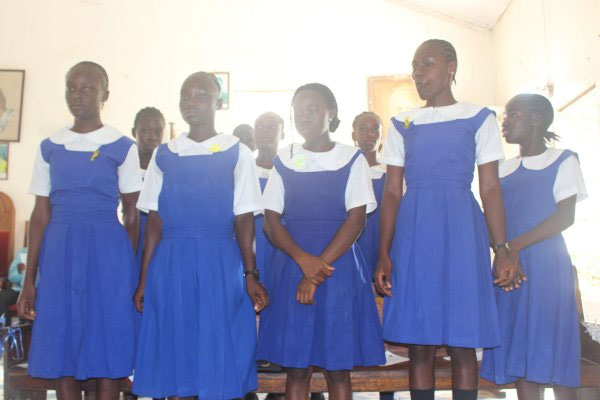 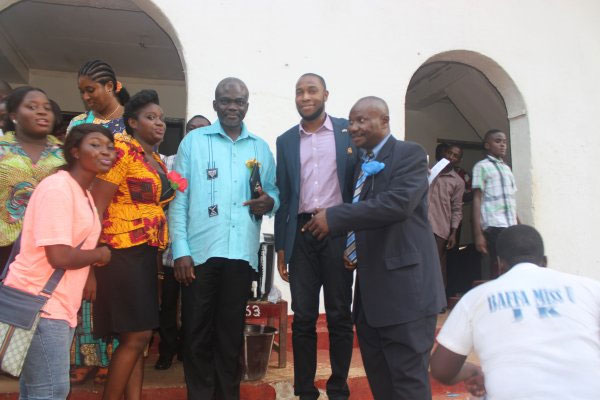 Rocks are a critical part of Emmanuel Todd Gweamee’s young life: Christ is his Solid Rock; he plans a career in geology and he’s all smiles when he thinks about his rock-solid offer to study at the University of Rochester in New York.

His acceptance into the school through the Akwanya, a scholars’ program of MasterCard Foundation, is not only a win for him but for Lott Carey Mission School in Liberia, where his reputation as a disciplined scholar began.

“He excelled in everything,” says the school’s superintendent, Rev. Emile D.E. Sam-Peal. “He served as vice president then president of the student council, and on many occasions represented our school at the local, national and international level.” Emmanuel, who enjoys music and soccer, credits the school’s strong academic program and his spiritual upbringing for his accomplishments. “Christ is the driving force for excellence in my life,” he says. “I try to always let the light of Jesus shine through me. He is the solid rock on which I stand.”

Emmanuel is an unabashed cheerleader for his alma mater.

Says the young sage: “I started attending LCMS when I was in seventh grade in 2007 and graduated in 2013. 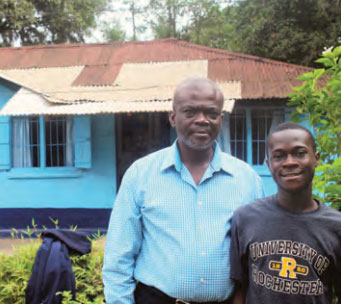 There has never been a day I regretted attending this institution because it has been one of the main factors behind my success. Every teacher was so passionate, creating a culture of excellence among students. LCMS taught me to build good character.”

Emmanuel, who turns 22 in November, is now anxious to begin his geology studies at Rochester. But he doesn’t want to just study the earth’s physical structure and substance, he wants to change the world.

“A wide range of environmental issues in Liberia and across the continent have drawn my attention,” says Emmanuel, son of teachers Samuel and Esther Gweamee, who have six other children.

“Some mining companies have poor waste management systems that, in turn, cause pollution and environmental damage.”

He is also interested in entrepreneurship thanks to his recent participation as a scholar in the Bridge2Rwanda program, started in 2007 to expand Rwanda’s global profile. He sees starting new ventures as “a tool to quickly uplift people from poverty and foster development,” so he will approach studies at Rochester “with an open mind.”

Emmanuel favors the words of Seneca, the Roman philosopher, statesman and dramatist, when advising others on study: “Luck is what happens when preparation meets opportunity.”

He says finding study-abroad opportunities can be “challenging and really frustrating” but possible for students who “take their lessons very seriously and make the required grades that most universities need to admit you.”

“I would encourage students to get involved with their communities by volunteering,” he says. “Do extracurricular activities in high school. Be a student that always looks to maximize opportunity.”

“I will remain forever grateful. My life has taken a new turn.”

My name is Muriel Druycilla Craigwell, born on June 17, 1992. I started attending the Lott Carey Baptist Mission School when I was in the third grade class and I remained until graduation in 2009.

While in high school I developed a passion for teaching, thanks to my peer teaching. I felt happy when I helped classmates understand the lessons, and they went on to do well in school. I realized I was helping in my own little way and that I would someday be an educator.

In September 2009, exactly a week before I graduated from high school, I lost my Dad, who was my best friend and a mentor to me. I was devastated, my hopes were shattered and it was just by God’s mercy I survived. After the death of my father, my chances of going to college right away were slim due to the fi nancial crisis my family was facing after my father’s burial. 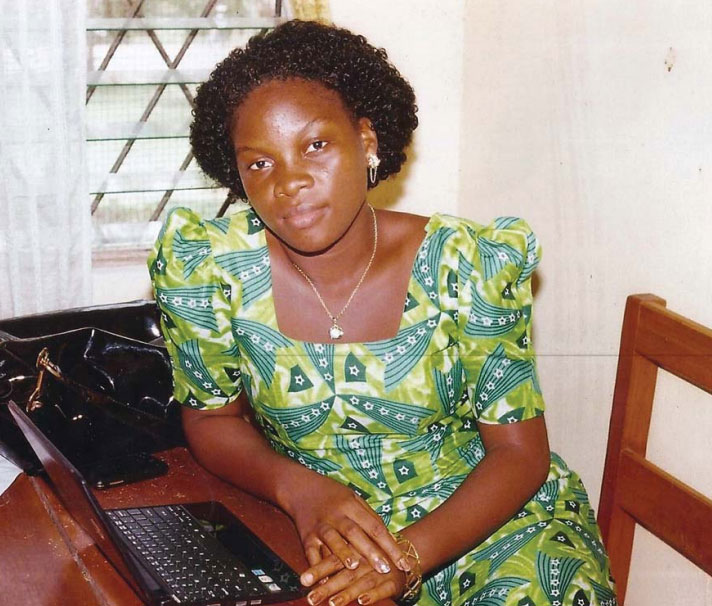 My hopes of becoming an educator and lawyer were dashed. I would sit home and cry my eyes out, not knowing God had a special plan for me.

Then I was called by The Lott Carey M ission administration headed by Rev. Emile D. E. Sam-Peal and given the opportunity to go to college through the LCM convention scholarship. I was so happy that tears of joy ran down my face. How grateful and thankful

I was for this kind gesture. It is one of my most treasured memories: a golden opportunity to acquire higher education, a privilege to adore.

In August 2012, I earned an Associate of Arts degree in Education with a 3.7 grade point average from the Bishop John Collins Teachers College of Stella Maris Polytechnic. Currently, I’m a senior and hopefully by 2014 I will earn a bachelor’s degree in education. I am determined to persevere.

I look forward to earning a master’s degree in educational administration and management, and, eventually, my law degree.

All my dreams are made possible with the help of the LCM Scholarship. I will be forever grateful. My life has taken a new turn. As the third grade instructor at LCM (LottCareyMissionSchool.org), I am happy and love what I’m doing—educating and inspiring others.